Have you ever tried a new skincare product only to see a whole gang of pimples spring up on your face?

Sometimes, that’s a good thing. Yes, really. It means the product is working its magic. Soon, you won’t have to deal with pimples again.

Sometimes, that’s not a good thing. It means the product has clogged your pores. As long as you keep using it, it’s breakout galore, baby!

How can you tell the difference? You don’t want to stop using a gem that can give you beautiful, glowy skin, but you can’t keep using something that gives you pimples for too long either. At least not unless you’re 100% sure those pimples are gonna disappear soon.

Here’s how to tell if your skin is purging (good) or breaking out (bad):

Purging is when your skin is kicking out all the gunk that was hiding into your skin. Here’s how it works:

Yep, that pimple that’s just sprung up out of nowhere was weeks in the making. Any skincare products that promotes cellular turnover (i.e. help skin exfoliate itself faster) can speed up the process and bring those pimples to the surface before their time.

In other words, those pimples would have appeared anyway. Purging made them show up faster.

If you’re experiencing purging, you need to keep going. Once the purge is over, breakouts will be a distant memory.

P.S. Some “skincare gurus” think purging is a fairytale made up by skincare companies to sell you stuff that doesn’t work. This scientific studies prove them wrong. Purging IS a thing.

P.P.S. Scientists refer to purging as “acne flareups”. They’re posh like that.

Related: How To Treat Adult Acne

Want a cost-effective skincare routine that gets rid of acne without breaking the bank? Download your free “The Ordinary Anti-Acne Skincare Routine” cheatsheet to get started today:

What Is A Breakout?

You get a breakout when one or more ingredients in the product don’t agree with your skin. Here are a few reasons:

If you experience a breakout, you need to stop using the product immediately. Your skin will NEVER get better as long as you keep using it.

Related: Do Comedogenicity Ingredients Really Give You Pimples?

How Can You Tell The Difference Between Purging And Breaking Out?

Here’s where it gets tricky. The symptoms are the same – an ugly, red family of pimples on your face – so it’s tricky to say if you’re experiencing a purge or a breakout. But, there are a few questions you can ask to figure it out:

1. What Type Of Product Is It?

Any skincare products with active ingredients that can speed up cellular turnover can cause purging.

Cellular turnover is code for natural exfoliation. Any ingredient that makes your skin exfoliate faster causes more dead cells to temporarily get trapped in your pores, bringing those pimples to the surface faster than they would have appeared on their own.

In the short term, this makes your face erupt in pimples. In the long term, it helps keep those pores clear so you won’t have to deal with them again anytime soon.

So what active ingredients can speed up cellular turnover? Here’s the full list:

If your skincare product does NOT contain any of these, it’s definitely a breakout. Toss it!

If your skincare product DOES contain any of these, it may be a purge.I say may because there’s always the chance something else in the product is clogging your pores or irritating your skin even as these actives exfoliate it. To figure out whether you’re really dealing with a purge, you need to ask a couple more questions:

Related: What’s The Best Exfoliant For Your Skin Type?

A purge is short. It shouldn’t last more than a month. That’s how long skin takes to renew itself.

Sometimes, it can take a little longer but if after 6 weeks tops, your skin isn’t getting any better, it’s a breakout. Ditch that product like a hot potato.

3. Where Are You Breaking Out?

A purge brings to the surface pimples that would have appeared anyway. That’s why it happens on your most problematic spots.

If you usually breakout on your chin and, after using a product with actives that can speed up cellular turnover your chin erupts in pimples, it’s likely a purge.

But if those pimples appear on areas where you NEVER breakout, it’s clear there’s something in the product your skin can’t stand. Throw it away.

If this is the case, keep using the product. It needs to get worse before it gets better.

It’s A Breakout If:

If this is the case, stop using the product immediately. Your skin won’t get better if you keep annoying it.

Can You Minimize Purging?

So, you want to start using a skincare product that may cause purging but are worried they’ll make your face erupt in pimples. Isn’t there a way to minimise the purge, if not avoid it completely?

Yes, my smart friend, there is: you need to take the short path.

It’s like when you’re starting a new exercise regime. You can’t put your running shoes on and do a marathon. You need to start slowly.

One day you walk around your neighbourhood. The next, you make that walk a mile longer. After a couple of weeks, you start running for a mile. Then, two. Then, three. You get the point.

It’s the same with skincare. Start small. Instead of going in from the beginning with 10% Glycolic Acid, start with 5%. Instead than using it every day, start with twice a week.

Start small and work your way up. You’ll reap their benefits more slowly but won’t have to deal with too many pimples at once. Isn’t that worth the trade off?

Purging IS a thing. Certain skincare products need to make your skin worse before they make it better. But most of the time,  they’ll only give you a breakout. Learn to tell the difference so you ditch the culprit without suffering in vain for weeks.

73 Comments on Purging VS Breaking Out: How Can You Tell The Difference?

Hi, I'm Gio! I’m a tell-it-like-it-is skin coach and author on a mission to help you achieve your best skin day ever - every day. 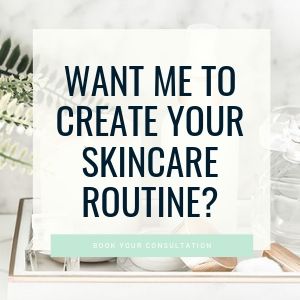